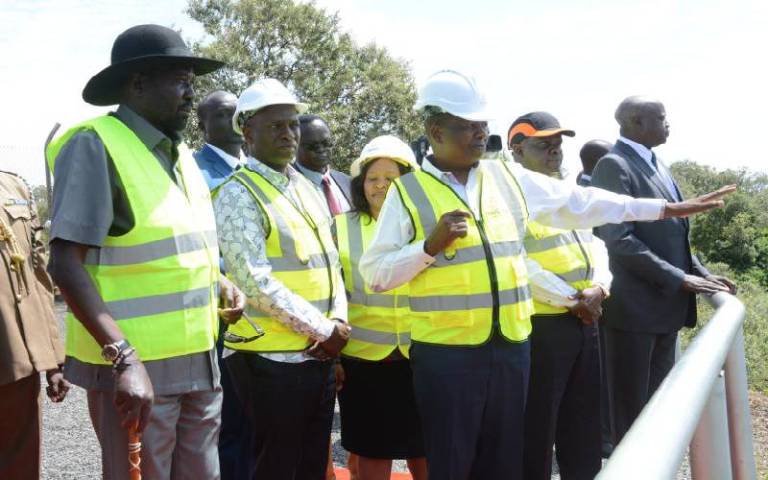 South Sudan government has signed a deal with the neighboring Kenya to exchange oil for electricity within the next two years, the Nyamilepedia has learned.

The deal that followed the visit by President Salva Kiir to Nairobi will see Kenya supplying electricity generated from its geothermal fields in return for supplies from South Sudan’s oil fields.

“We are engaging our brothers from South Sudan so that Kenya can get gas from the oil fields while they in return will get electricity,” he said.

He revisited the announcement that Kenya would donate ten acres to South Sudan to construct an industrial park in Naivasha.

“The land donated to South Sudan government is located around the geothermal fields in Olkaria and electricity generated from the region will come in handy in the park,” he said.

For his par the Minister for Petroleum in South Sudan Daniel Awou said that his country needed more electricity and that the country “ready to partner with Kenya in geothermal exploration and supply as currently the demand for electricity in our country is higher than supply.”