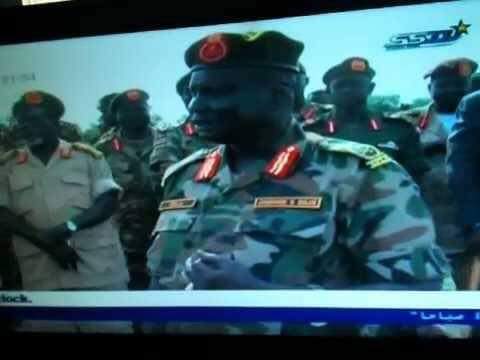 The administration of the Turkey’s national hospital, The Istanbul Hospital, breaks its silence over the corpse of the late Akobo Governor, Lt. Gen. Johnson Gony Bilieu.

According to an admin who spoke to South Sudan News Now in condition of anonymity, the late governor, Lt. Gen. Gony Bilieu died after a brain surgery failed last Friday, June 28, 2019.

The hospital admin said Gen. Gony was in comma for a number of days which caused bleeding that affected his brain and a surgery attempt to rescue his situation failed instantly.
The general was in a comma type known as vegetative stage for more than 2 days. His impulses were beating but the rest was gone. There was a bleeding to his brain and that was critical” thw admin said.

“He was pronounced dead after the operation that morning but his body remains here over what South Sudan officials decribed as a customary practice” he continued.

Stressing the cost of maintaining the corp, the admin believes that it would be better if South Sudan officials make the arrangement to transport his body home.

“It cost close to $10, 000 US Dollar per day to maintain his Corp here, so it is better the arrangement for burial are met sooner” he added.

According to reports from Juba, South Sudan, president Salva Kiir has been informed and will officially issue a decree this evening to officially announce his passing and send his condolences to family of the late governor.

Family members of the late General, who have been contacted by the South Sudan News Now have confirmed that the late governor has passed on; however, they said he died today, Friday July 5th, 2019 at 6am.

Other media outlets and social media announced his passing last Friday, however, the ambassador of South Sudan to Turkey, Amb. Majiok Guandong, denied the previous reports, preferably to inform the government and also his family.

According to politicians from South Sudan’s Nuer tribe, the death of an elderly family member or community leaders is usually kept a secret for days.

Lt. Gen. Gony served in the army as a sector commander of Upper Nile and defended the oil fields on the government during the recent civil war.

He was appointed by president Salva Kiir as a governor of a newly created Akobo State in late 2015 but the governor remained in Juba until the time of his death as Akobo is controlled by the forces of the armed opposition.

The late governor disappeared from public eyes for the last few months as he was battling an unknown illness.

According to his family members, he traveled to Turkey in May this year for treatment and spent most of the last two months in Turkey’s main national hospital.

President Kiir : We are not extending the transition because I want to stay in Power.

A Young Man in Tears after Girldfriend dumped him at last minute.