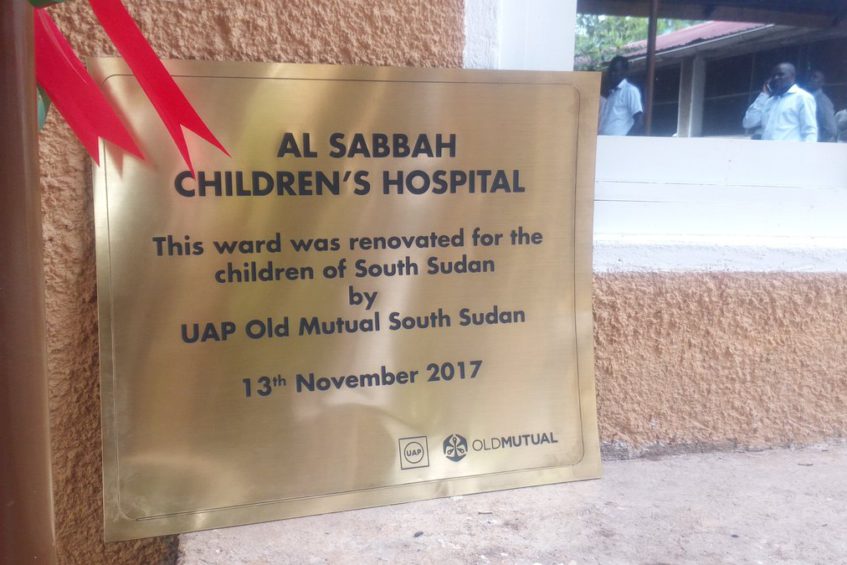 The Al Sabah Children’s Hospital says it has taken responsibility for the recent wrongful death of a teenage girl.

According to her family, Ayen Majok Deng was referred to Al-Sabah Children after being diagnosed with pneumonia at a health facility in Bor about two weeks ago.

However, on Tuesday last week, the young girl reportedly woke up feeling a bit better until at 11am when an intern wrongly injected Benzathine penicillin to her vein.

The drug was to be injected to her behind.

As a result, the intravenous injection caused general body pain which killed the young girl, making the unnamed student to run away.

“We do accept the responsibility of what has happened, as what i said  before it really pains me about the loss of this child. However, there is very little we can do but, because the child has passed away, the parents can take their decision. But what we know is we are on the wrong side. Because what has happened is abnormal and it should not have happened.”

For his part, Mabior Atem, who represents the family – which is suing the hospital over medical negligence – says they are insisting on seeking justice for the little girl.

“Up to now we cannot really disclose what we have as a family. But what we need is justice for the late. So there is nothing much that we can say at this point. We need to complete all the legal processes before we may decide what to do.”

Pilot lands plane with no brakes at Juba International Airport.